God is for HEALTHY marriages, not just AGAINST divorce 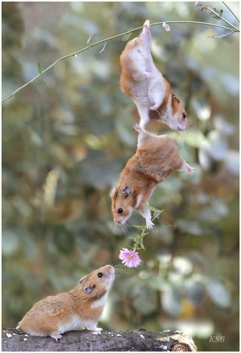 When I got divorced, I felt like I needed to hang my head. I felt like I had a single point of failure in my marriage and it was all my fault. All my life I was told that GOD HATES DIVORCE. Now I am not belittling or pushing aside this comment because I believe that God does hate divorce. HOWEVER, in speaking with many pastors, friends, and spiritual warriors, I have come to see that the shame I carried was unfounded. I did what God wanted me to do. God saw the relationship I had without blinders – he knew what was wrong even when I didn’t.

I will never forget the afternoon the message came to me. I was taking a shower, minding my own business and not thinking about anything in particular. My then husband was in the other room and a loud, unshaking voice said” GO, It’s time to leave”. I heard him. I knew what it was. But I wasnt ready to accept that yet.

My marriage wasnt healthy. God is FOR healthy marriages. I had made my ex-husband my rock, and i was his. I made him into everything. My security, my confidante, my only. I didn’t realize all this until God made me leave. I got kicked out of my own house because I was led to leave. I don’t expect this to make sense to everyone, but I am spilling my truth.

It is true that God hates divorce, but more than that, God is a jealous God and he is just. God hates unfounded divorce! Celebrities make a mockery of marriage all day long. God hates that. My priorities were all wrong, my heart had hardened in my marriage, I was neglected and my life was going in the wrong direction because I was leaning on something that would – and did – falter./p>;;;;

“God hates divorce” is commonly being used in the church in an unbiblical manner and the result is a great deal of harm. It may not seem like a big deal for those who have not been faced with divorce or with marriages in violation of the Word, but the inaccurate handling of the Word is being used to keep people in bondage and also to cause added condemnation and rejection to people whom God has neither condemned nor rejected.

I am not ashamed. I am not guilty. I am not confused – anymore. God pulled that veil off my face before I had a chance to blink. I couldn’t hide behind my ignorance anymore, and somehow he knew that I would listen and obey his call.

Christians are in a tough spot these days when it comes to divorce. I know there are people out there that are getting married and divorced like its a fad. I was one of those that took my vows to heart, and fully expected ’til death’ with that person. I think its time however, that we realize that there are instances where God permits divorce.

Take a moment and read Malachi 2 for yourself. No matter how you look at Malachi 2, understand this passage doesn’t say “since God hates divorce it cannot be God’s will for any Christian to be divorced.” This understanding is important because this passage is killing Christians and their churches. Teachings on divorce can alienate if not based on scripture. Do not make a mockery of marriage or divorce. It takes two people to carry the weight of a healthy, successful, happy marriage.

Hey guys! It’s been a little while since I have updated you on my tithing report. Let me just start by saying, GOD IS SO GOOD! I have been tithing now since the first of the year, and at first I did it because I thought I was supposed to. Now, I can’t wait to write that check for the offertory. I have been tithing the last month when it hurt the most. AND IT HURT BAD!

When your tithe check is more than you end up with to live off for the week..It’s tough!

But faithfully I gave, because I made a promise that I would.

You guys may or may not know, that I have had a house on the market now for a year. Since divorce struck, making a mortgage payment has been hard on a single income, but I was managing (somewhat). I have been praying my heart out that the house would sell, and that single thing would free me financially from the burden of living paycheck to paycheck.

This morning I was in my car on the way to work, worshiping God. I love that Mary Mary Song, and Mandisa song:

Well here I am, broke as a slick nickel, praising God in my car on the way to work. Did I mention I had just gotten paid the day before and had 100.00 to my name for a week and a half? Mind you.. I had written my tithe check and wasn’t backing out.

This evening I received a call………………… My house has a buyer! A cash buyer! And the contract is signed as of today!

“Get these shackles off my feet so I can dance….”
Whoooooo hoooo! My God Rocks!

I plan on spending of the remainder of the evening basking in the good news and dancing.

Shackles Song <—- For your enjoyment 😉

Bring the whole tithe into the storehouse, that there may be food in my house. Test me in this,” says the LORD Almighty, “and see if I will not throw open the floodgates of heaven and pour out so much blessing that there will not be room enough to store it. (NIV)

That one little phrase was one of the hardest to grasp-for me. It’s so easy to preach to the choir- but when it comes up in your life, well, easier said than done.

I knew that verse well. God showed me in a real life experience what that verse truly meant. I have been married for almost 4 years. I love my husband. The problem is, two years into our relationship he went into a very deep dark place. He went into a depression. I was too blind to see. It spiraled. He didn’t want to do anything. Didn’t want to make friends. He barricaded himself inside. Didn’t want to go anywhere. The only thing of interest to him was sitting in his recliner and watching tv. That became my life. I had a husband that I played house with. I would cook, and sometimes we would go out to dinner. We had a good time- it seemed. But he was never quite right. Never quite there as a knew him to be like he was in the past.

We started argueing. He felt like I was pushing him and making him do things that he didn’t want to do. Truth is, I was just trying to push him to do Something. Anything. I was gonna love him if it killed me. And that’s exactly what it began to do. I got a harderened heart and I felt stale. I was sitting and rotting in a marriage. And I didn’t even know how bad it was until march 2010 God told me I needed to leave. At that point in our relationship we had two homes. So it was easy to just stay in one place, as he stayed in the other. As the days went on, and the weeks went on-I realized when he wasn’t calling me, or coming to see me as much as I needed him to…there was really not a whole lot there that I thought was there.

The marriage that I thought was there in my rose colored glasses didn’t exist, as I thought it did. Over the course of 8 months alone, I woke up. The blinders came off. I snapped awake. I could now see things objectively and I leaned on God for understanding to the questions that I had. God told me 6 months into the separation that I needed to divorce my husband. I said God, “I don’t think that’s right. I don’t think you said that. Maybe that’s what I want..” when things don’t go quite right, people give up..

Let go..
But I didn’t want to let go!!
I loved my husband. Deeply. Emotionally. But as time grew on, God showed me the error of ways. There was a day when God was tormenting me so much after a few counciling sessions to leave, go.. (when god wants to tell you something he just throws it in your face over and over and over again until you get it.) well I finally got it. So I went into counciling that day and I decided today was the day I tell him I was leaving and filing papers Monday. Divorce is starting. So I did that. Now prior to that, you must know, I have always tried to keep the peace, Never trying to disrupt any balance. But that day…something changed. I was stronger with God.

I saw my husband snap. He got angry
and stormed out of that Counciling session early. That next morning I get a call at 2am. He was talking completely out of his mind. Asking why I left so early, and he was searching for me.on and on and on… and I was so puzzled by the call….I just sat up and prayed for the man, and went back to sleep.

A few days went by, and no news. I figured he wanted a break or needed some time to cool down. I stopped by at his place, to check on him. I asked “what happened on that night?” and he admitted to me that he had taken handfuls of pills and waited to die. He tried to die. The pain he said he felt was too much to go on. Losing me was too much bare. Too hard To deal with. I broke down. I didn’t know what to say. I knew that I had to be strong in my conviction to walk away even though he was reaching for every straw he had.

God saved his life. I always tried to help him. To fix him. To make him happy. But God knew I wasn’t the cure, I was only the guide-dog. By all human knowledge he should be dead with enough sleeping pills, Benicar and Wellbutrin in his system to make an elepheant foam at the mouth.

He said that night he went thru hell. “Got the grand tour” he recalled. “but there was an angel leading me out” bringing him back to life. To Gods true calling.

When I walked away my husband thought that his life was over. He even did things in his power to force it to be so. He took pills and did everything in his power to let go because he thought that would be easier.. God woke him up. God started tugging at him now and making HIM uncomfortable. CJ started reaching for the bible like he had never before. I had been going through a spiritual growth at this time, I tried to talk to him about things, but he never wanted to talk about it. Matter of fact, he shut me down a lot. Didn’t like the fact I was so spiritual.

Even as I am proofreading this, I dont want to post it on my blog. I say “God this hurts too much.” I dont want to be this honest and open about things..

Posted by modernmiracleme in The Serious Side Tags: divorce, God, help from heaven, let go, suicide

Verse of the Day